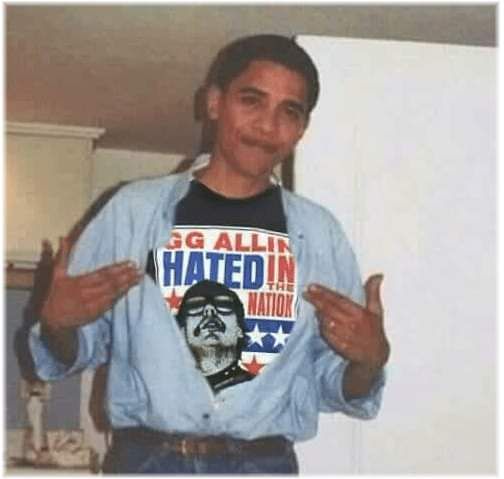 It is maybe legit or a photoshop work. 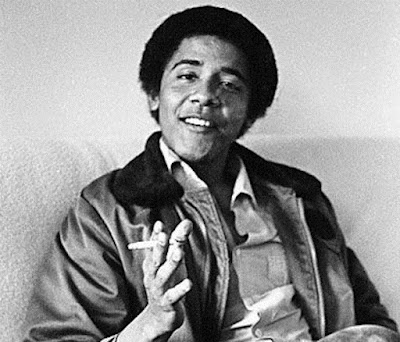 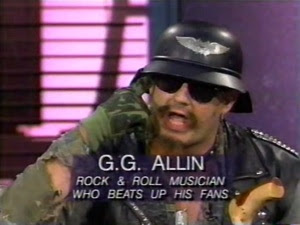 My verdict: The photo is a photoshop work. And I don't think he was a GG Allin fan. :-(

What is your verdict? 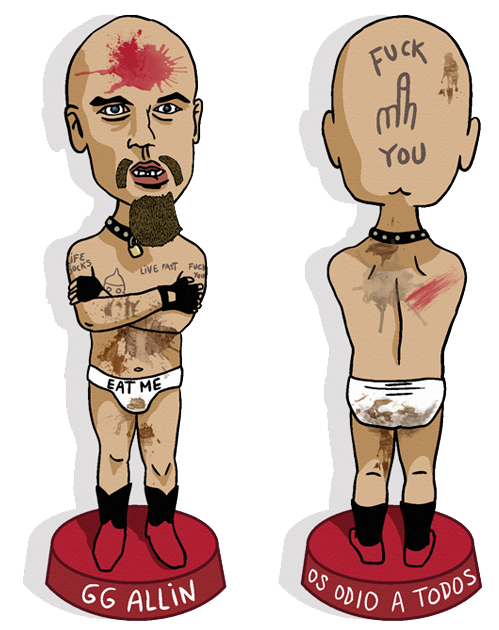 GG Allin, too edgy for the White House?!
Posted by PYGOD at 2:38 PM