The Black Metal Scene Needs to Be Destroyed 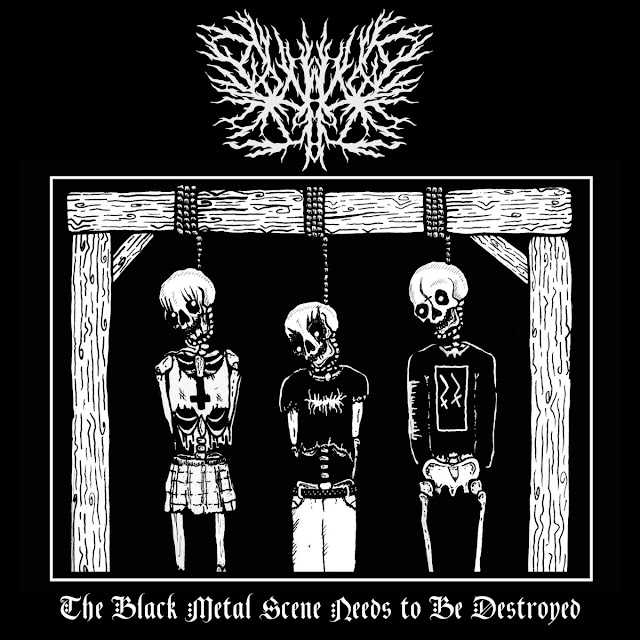 From the album The Black Metal Scene Needs to Be Destroyed from Gaylord
Release date: August 11, 2018


Thanks to NSBM's number one hater Gaylord to give us the NSBM Black Metal beginner starting pack.
If Lord Gaylord hates these bands beyond all, you can consider them the worst of the worst.


Most of the twelve terrors bands are one-man project and are themed around Satanism, nationalism, paganism and nihilism. Anti-Christianity is encouraged but hatred toward other religions is frowned upon by the metalhead community.

You can pretend to be a Satanist.
You can be a murderer.
You can burn churches.
You can sing about killing million of Christians, dismembering, disemboweling, torturing, raping and killing people.
BUT YOU CAN'T SAY A SINGLE WORD AGAINST THE JEWS, THE MUSLIMS, LGBT OR ANYTHING THAT ISN'T WHITE.
AND EVEN FOR SHOCK VALUE, YOU CAN'T BE SEEN NEAR A SWASTIKA NOR A CELTIC CROSS.
But it is perfectly okay to shit on a crucifix...

If you disobey any of the above rules, the witch-hunters of the ANTIFA will persecute you til you die.


Then a citation to resume the whole situation about NSBM biased by double-standard, hypocrisy and stupidity.


"Compassion and Ethics isnt what black metal is about. Political correctness has 0 place in black metal. Can sing about murdering Christians but you can't sing about murdering Muslims or Jews. Too many hypocritical metal heads whine about NSBM, yet hold no regard about shitting on Christians.Painfully obvious from comments on the board that a lot of people have been dictated to what black metal can and can not be about. If you seek the political message in NSBM , good do so. If you don't dont seek NSBM, if you like the music good, if you dont , dont moan about it. BM isnt about equality and friendship. Go pick some flowers if NSBM "offends" you"  Milldog


So for those reasons NSBM bands are the Ultimate Rebels right now. And maybe the last rebels... 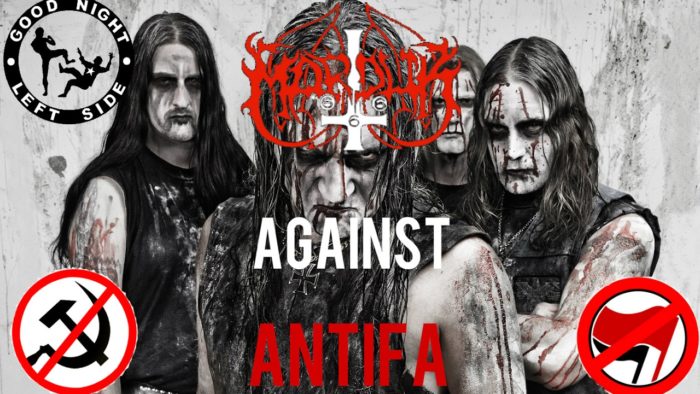