R.I.P.
Kurt Cobain
(February 20, 1967 - April 5, 1994)
On April 8, 1994, Kurt Cobain was discovered in the greenhouse above his garage at his home located at 171 Lake Washington Boulevard in Seattle, Washington, United States by Veca Electric employee Gary Smith. Smith arrived at the house in the morning to install security lighting and saw Cobain lying inside. Smith found what he thought might be a suicide note with a pen stuck through it beneath an overturned flowerpot. A shotgun, purchased for Cobain by Dylan Carlson, was found resting on Cobain's chest. Cobain's death certificate stated that his death was a result of a "contact perforating shotgun wound to the head", and concluded his death a suicide. The report estimated Cobain to have died on April 5, 1994. 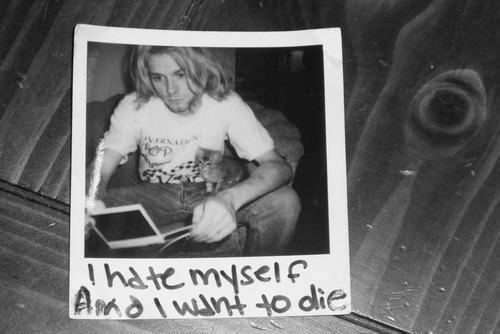 On April 14, 1994, Seattle Post-Intelligencer reported that Cobain was "high on heroin when he pulled the trigger". The paper reported that the toxicological tests determined that the level of heroin in Cobain's bloodstream was 1.52 milligrams per liter, and that there was also evidence of diazepam, or Valium, in his blood. In the report was a quote from Dr. Randall Baselt of the Chemical Toxicological Institute who stated that Cobain's heroin level was "a high concentration, by any account." He also stated in the report that the strength of that dose would depend on many factors, including how habituated Cobain was to the drug. 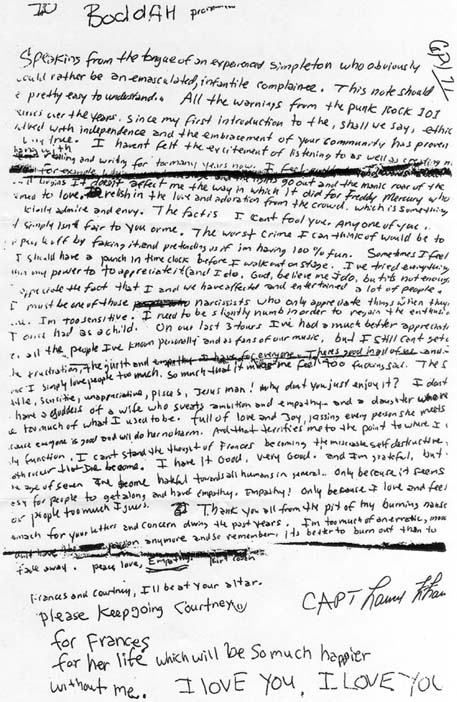 Speaking from the tongue of an experienced simpleton who obviously would rather be an emasculated, infantile complain-ee. This note should be pretty easy to understand.

All the warnings from the punk rock 101 courses over the years, since my first introduction to the, shall we say, ethics involved with independence and the embracement of your community has proven to be very true. I haven't felt the excitement of listening to as well as creating music along with reading and writing for too many years now. I feel guity beyond words about these things.

For example when we're back stage and the lights go out and the manic roar of the crowds begins., it doesn't affect me the way in which it did for Freddie Mercury, who seemed to love, relish in the the love and adoration from the crowd which is something I totally admire and envy. The fact is, I can't fool you, any one of you. It simply isn't fair to you or me. The worst crime I can think of would be to rip people off by faking it and pretending as if I'm having 100% fun. Sometimes I feel as if I should have a punch-in time clock before I walk out on stage. I've tried everything within my power to appreciate it (and I do,God, believe me I do, but it's not enough). I appreciate the fact that I and we have affected and entertained a lot of people. It must be one of those narcissists who only appreciate things when they're gone. I'm too sensitive. I need to be slightly numb in order to regain the enthusiasms I once had as a child.

On our last 3 tours, I've had a much better appreciation for all the people I've known personally, and as fans of our music, but I still can't get over the frustration, the guilt and empathy I have for everyone. There's good in all of us and I think I simply love people too much, so much that it makes me feel too fucking sad. The sad little, sensitive, unappreciative, Pisces, Jesus man. Why don't you just enjoy it? I don't know!

I have a goddess of a wife who sweats ambition and empathy and a daughter who reminds me too much of what i used to be, full of love and joy, kissing every person she meets because everyone is good and will do her no harm. And that terrifies me to the point to where I can barely function. I can't stand the thought of Frances becoming the miserable, self-destructive, death rocker that I've become.

I have it good, very good, and I'm grateful, but since the age of seven, I've become hateful towards all humans in general. Only because it seems so easy for people to get along that have empathy. Empathy! Only because I love and feel sorry for people too much I guess.

Thank you all from the pit of my burning, nauseous stomach for your letters and concern during the past years. I'm too much of an erratic, moody baby! I don't have the passion anymore, and so remember, it's better to burn out than to fade away.

Frances and Courtney, I'll be at your altar. Please keep going Courtney, for Frances. For her life, which will be so much happier without me. 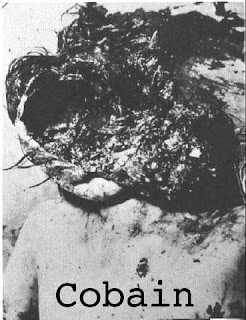 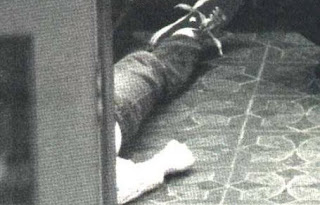 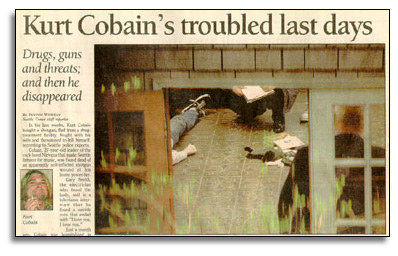 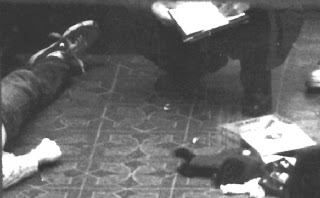 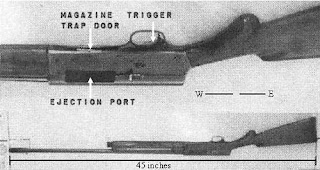 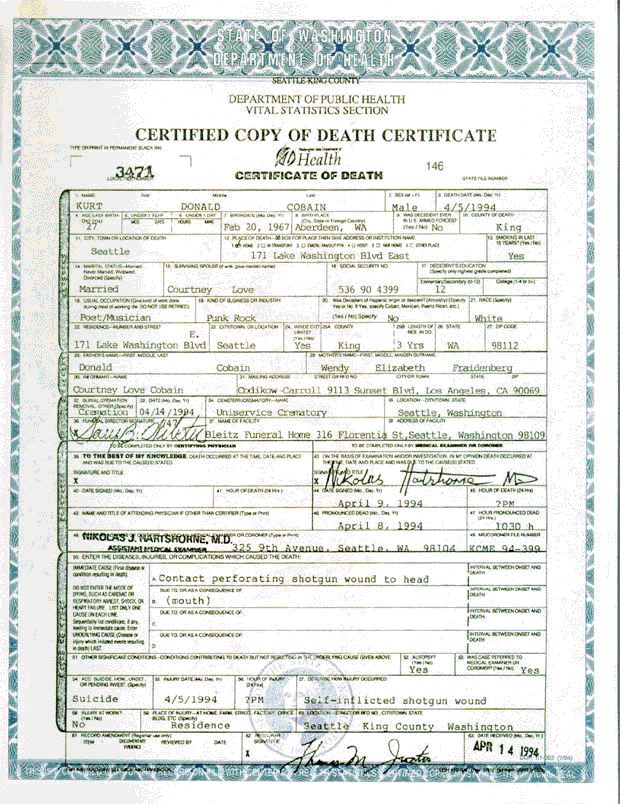 Hey people out there, before commiting a no-return selfish act.  Think twice to all the pain and suffering that you will cause to the people who love you.  Yes, there is people who actually love you.
Life is a game and when you're gone, the game is over.
No matter how hard it is right now, there is always a rainbow after the storm.  The sun will always come again.  I know what I'm talking about.

To Kurt Cobain, may your tortured soul finally rest in peace.